A thirsty mother feared for her hungry child in the midst of a barren valley, until she saw a burst of water emerge from under her youngster’s feet. She began collecting it while chanting “Zam, Zam,” meaning to contain it and surround it with sand so it doesn’t go to waste. This water became a blessed source of sustenance for her, and later on for the nation unified in the name of Allah.

The Story of Blessed Zamzam Water

The story of the Zamzam Well goes back to Hajar and her newborn son Ismail, who were both left by Prophet Ibrahim in a barren, unknown valley by Allah’s command. As Prophet Ibrahim walked away, she started chasing him and crying: “Ibrahim, who are you leaving us with?” She said it repeatedly and he did not respond until he said: “With Allah.” She asked: “Did Allah command you to do this?” When he responded in affirmative, she said: “Then we will not be lost,” before returning in faith and surrender.

As time passed, her breast milk started to run out, and her newborn became hungry and unsettled, not finding anything in his mother’s bosom to quench his thirst. She hated seeing him screaming from hunger and thirst, so she reluctantly left him to look for food or help; running between Mount Safa and Mount Marwa seven times during her search. At that moment, the Angel Jibreel caused a burst of water to emerge underneath the baby, so his mother hurriedly grabbed some to quench her baby’s thirst as well as her own. The valley became a sanctuary after it was a barren land, and it became the holiest spot on Earth, known today as Makkah.

About the Zamzam Well

It is a blessed well 21 meters away from the Kaaba, located between the Kaaba and Maqam Ibrahim. Spanning 30-meters deep, it has two springs: one in Safa and Marwa, and one in Kaaba. Wells are usually around 70 years old, while the Zamzam Well is more than 5,000 years old, making it one of the oldest wells in the world. On average, it pumps a maximum of 18.5 litres per second and a minimum of 11 liters per second. Zamzam water is packed daily in 25,000 refrigerated and non-refrigerated containers, and every day 100 samples are taken at random for laboratory testing to ensure their safety. It is distributed around the Haram Al Sharif and the Prophet’s Mosque to quench the thirst of the guests of Allah, and there are workers who carry Zamzam water containers on their backs to quench the thirst of the people they meet; which makes the Zamzam Water Project one of the largest drinking water projects in the world.

In the past, the process of packing and distributing Zamzam water was done haphazardly and manually, which made it susceptible to pollution, cheating, or exploitation. Today, there are pipes four kilometres long connecting the Zamzam Well to the King Abdullah bin Abdulaziz Zamzam Water Project so any surplus from the guests of Allah can go straight to the project complex. Zamzam water is packed in standard five-litre and ten-litre containers manufactured by equipment that produces one container per second. Each container goes through the process of labelling, washing, packaging, and automatic coverage with a high level of hygiene, and then it is stacked and stored in a special warehouse able to accommodate 1,700,000 ten-litre containers. The complex then provides distribution points for these containers within an automated 24-hour system, so everyone can get two containers for each member of their family. Guests at the Shaza Makkah Hotel can ask the reception desk for assistance on how to get Zamzam water during their trip.

Despite the abundance and accessibility of acquiring Zamzam water in the King Abdullah bin Abdulaziz Zamzam Water Project, we advise guests leaving from the Shaza Makkah Hotel not to take regular Zamzam water containers when traveling back home to avoid being forced to leave them at the airport due to the laws and policies of international airlines, as these containers do not meet the standards and terms of air transport. The King Abdulaziz International Airport in Jeddah and the Prince Mohammed bin Abdulaziz Airport in Madinah have therefore provided locations for packing the containers in plastic leak-proof bags and cartons so they are in accordance with approved international standards. All travellers are therefore able to acquire packaged 10-litre containers ready for shipping directly from the airport so they can take this blessed water with them to all corners of the world. 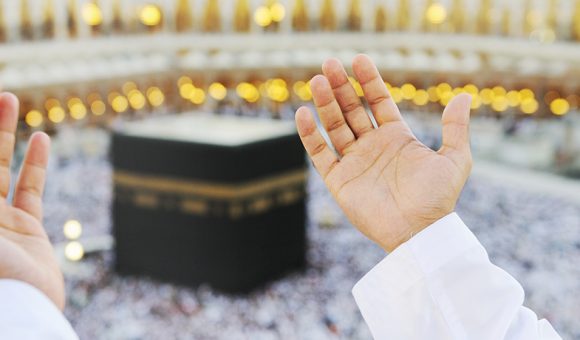 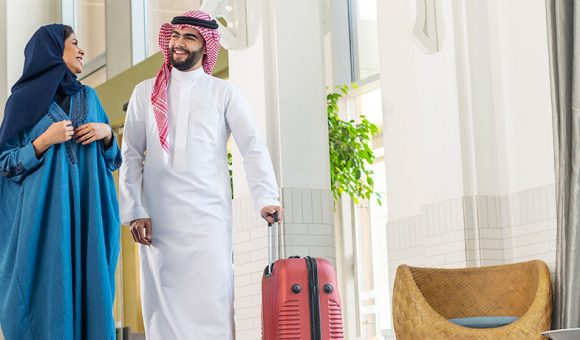 Holidays in the Capital City of KSA